Established in 1947, Stevison Meat Co. has been making the finest pork, beef, poultry and lamb using only the finest cuts and the highest quality herbs, spices and ingredients. 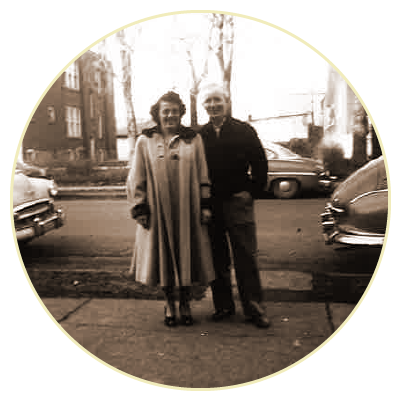 A family owned business going back three generations to its foundation by Raymond A. Stevison. 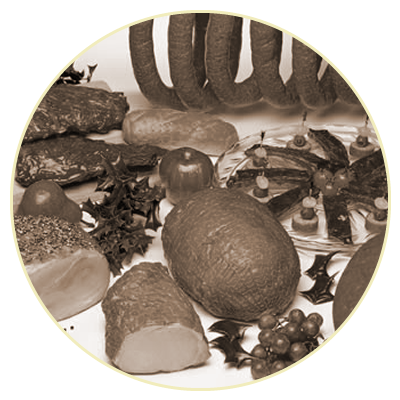 We are one of the few meat processors who perform ideation and development work for their customers. 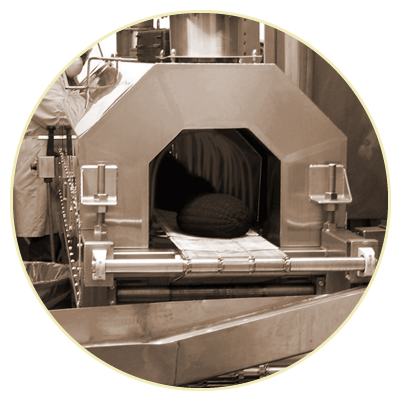 Grade of AA in our BRC certifications and consistently score 95% or higher in standard customer audits.

The Stevison Meat Company was founded in 1947 by Raymond A. Stevison. Ray came home from World War II, and like many Americans, he began to build his future.
He became a jobber by buying and selling hams around the St. Louis, Missouri area. While building his sales, getting married and having three boys, he built the Stevison Meat Company.

As his business kept growing, he began outselling his supplier. One day his supplier said “Ray, you are buying so many hams I don’t have enough to sell my customers. Why don’t I show you how I make them, and you can go into business for yourself?” At this point, Ray’s business really starting taking off by refining what he was taught and making the best hams in St. Louis. Ray built his first manufacturing plant in St. Louis, which created the foundation from which we grew into the state of the art plant we have today located in Portland, TN.

Second Generation:
Ray’s three sons worked in the business and two of them, Mike & Dave, followed in Ray’s footsteps. Mike got his degree from St. Louis University in 1969 with a major in Sociology. Ray talked to Mike about his aspirations, and Mike explained he wanted to help people, so he was going to be a social worker. Ray asked Mike how many people & families he thought he could help. He was told not to expect high numbers, but he could probably make a real impact on 4-5 families a year. Ray, being great in sales, asked Mike if he employed 100 people and they could help everyone they knew, and those people who were helped could help others, doesn’t he think that would have a greater impact? Mike became the President, and Dave became the Director of Food Safety & Quality Assurance. As Ray retired, Mike took over and followed Ray’s path by getting married and having two kids while continuing to build the business. Mike grew the business from selling across Missouri to selling all over the world and working with the biggest names in the meat industry.

Third Generation:
Mike’s two kids, Sean & Lara, worked in the business growing up the same way many of their relatives did over the years. Sean got his degree from the University of Tennessee at Knoxville in 1998 with a major in Marketing. Mike talked to Sean about his aspirations the same way Ray did so many years before. Sean decided to join the business out of college and promised Mike 5 years, but could not guarantee he will stay. Mike understood but explained the impact the business has had on so many lives and its importance to the community. Sean became the President, and Lara became the Secretary & Treasurer. Mike is still active in the business as the Chairman, but is planning his retirement. As Mike has been handing over the company, Sean has followed Mike’s path by getting married and having two kids while continuing to build the business and expand the product line to include Beef, Pork, Poultry, and Lamb.

Founded by Raymond A. Stevison

Founded by Raymond A. Stevison after WWII in St. Louis, Missouri. Primary customer base was butcher shops and later included grocery stores. Three generations later, we are still a family business with the 2nd & 3rd generations active in the management of the company.

Moved to Portland, TN and built a new plant after a fire in the St. Louis plant destroyed part of the building. Changed customer base to retail, co-packing and food-service.

We began working with Oscar Mayer to produce hams under the Oscar Mayer label. Our customer base began including large restaurant chains such as Shoney’s. Working with Sysco foodservice, we produced over 20 items for their brands and distributed our own brand.

As we expanded our product line, we developed products for one of the largest grocery store chains in the United States, large and small pizza chains, and more food service distributors.

Became the primary supplier of fully cooked pork to one of the major bacon companies in the US.

Began our relationship with Patrick Cudahy and development of new and existing pork items for their portfolio. Shipped our first containers of loin bacon to Australia to begin a long relationship with the second largest processor in Australia. Our patented Bone-In Ham Steak was the featured menu item on the front cover of every IHOP menu in the United States.